When encountering the information supplied from this blog, one must, at times, learn to bear with me. In the last installments, I discussed concepts perhaps unfamiliar, even alien to the consideration of most.

Here, one shall be asked to consider yet another.

What if, the truth of our political reality, apart from conditioned, accepted conventions and ideologies, were readily visible, and yet remained hidden, locked just beyond the door’s of human perception, hidden in the most unexpected places?

Yes, but, because everything is perceived within the confines of an established duality; good vs. evil, Democrat vs. Republican, Communism vs. Democracy, Coke vs. Pepsi, human perceptions are often lead in either of those two directions.

And yet, those perceptions are not always what they appear.

Well, look at it this way. Most are familiar with the often repeated adage: “Truth is stranger than fiction.”

In the last few installments offered from this blog, I proposed the concept of coded news stories, esoteric numerology codes woven together to create an ongoing mythological narrative transmitted to the human subconscious.

Now, as they say, for something completely different. 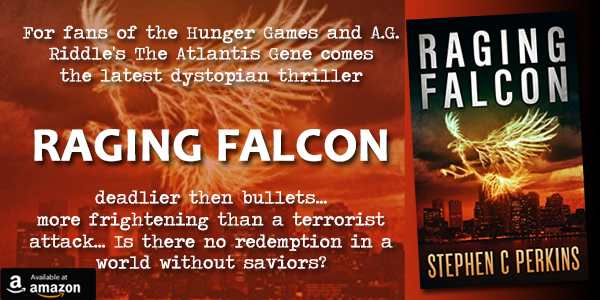 The meaning of the word occult, admittedly, carries it with it a rather sinister connotation. To many, particularly to those followers of the world’s major established religions, the word may imply an allegiance to an evil anthropomorphic deity of one kind or another. In truth, occult means nothing other than something that has been hidden from plain view. Many of the conspiracy theorists operating on You Tube, or elsewhere on the internet, namely, Alex Jones, David Icke, will tell you there is a new world order being brought about, to be realized at some undefined, future date.

But, what if, that idea were found to be misguided disinformation, or even erroneous? What if, as discussed in my previous blog series, How Crown Temple rules America (parts I-III), this heralded new world order has always existed, and has been hidden from view?

What if this fact has been hidden all along, and yet broadcast in plain view, but broadcast from sources one would normally consider frivolous entertainment; banal cinematic trifles with a built in obsolescence, to be consumed along with boxes of popcorn, then soon discarded? Although the idea may seem absurd, what if the elites, who own all media, were broadcasting the truth of global governance, not through the televised nightly news or daily newspapers, where one has been conditioned to expect the ‘truth’ delivered prepackaged, but through sources a lot less obvious-Hollywood movies, for example?

The key to understanding the elite maintenance of human mass perception through channels of the modern media, lies in the comprehension of the concept of duality; that lies are presented as truth, and vice versa-reality presented as mirror reflections.

This is the secret in understanding elite methods of operation, and the magic sleight of hand utilized by their media sorcerers. While one has been conditioned to believe magic represents some Harry Potter-like notion of spells, wands, and incantations, the true sorcerers tools exist right in your own homes, and in your own neighborhoods at the local movie cinemas.

Not to belabor the point, but put yet another way, the truth is purposely placed, not in academic or respected journals, not spoken by professors, priests, politicians, or pundits, but obscured in plain ocular view, where it’s discovery is least expected.

Hollywood, the world’s entertainment capital, appropriately enough, is named after the wood of the Holly tree. Historic lore, recorded from the medieval period of human history, documents the bark of the Holly tree was fashioned to make magic wands later used in the casting of spells. Suppose for a moment, what is observed on the silver screen, though perceived as wholly fictional, may in fact be delivering the truth, truth the elites know will be dismissed as fiction?

IN THE FUTURE, THERE IS NO FREEDOM OF CHOICE, THERE IS ONLY ROLLERBALL

Science fiction movies, particularly those of the dystopian variety, have always represented a popular public entertainment staple. Most recently, such examples as Divergent, Hunger Games, and others, have come to represent cautionary tales of an impending future of dreary doom and gloom for mankind, suffering under the boot of oppressive or tyrannical governments. Such stories always feature a hero, or heroine, who not only manages to survive the prevailing oppression, but somehow manages to transcend it, through the act of some heroic deed or other.

While many would consider such latter day films as the best examples of their particular genre, I would suggest one better, or perhaps more prescient.

Going all the way back to 1975’s Rollerball, starring James Caan cast as the avenging hero, along with John Houseman, cast as his villainous foil, one observes a most revealing scene right at the beginning of the film. The premise for the setting of the film takes place in a dystopian society in the year 2018. This dystopian world, where problems of poverty, sickness, racial and national strife have been eliminated, is overseen by a handful of corporate bureaucrats, governing a global population that has, for all intents and purposes, chosen to sacrifice old ideas of individual liberty and even personal decision making, in lieu of possessing the privileges of opulent material comforts.

The game of Rollerball, serving as the main global entertainment, has been created for purposes of mass social conditioning, to convey the idea that individual initiative, or decision making, is in fact futile. When the ruling corporation becomes fearful ‘Jonathan E’, Caan’s character, has become too popular with the people and represents a possible threat to their global hegemony, he is asked to retire:

“You must understand, Jonathon, the game serves a social purpose,” Houseman’s character convey’s. “Nations are bankrupt-gone-there is no longer any tribal warfare, even corporate wars are a thing of the past. Now, we have the majors, executives responsible for the distribution of transport, food, communication, housing, few of us, making decisions on a global level.”

Another pertinent example from the world of cinema, although not presented in the guise of science fiction, is no less prescient. In 2000’s academy award winning spectacle Gladiator, starring Russel Crowe as the gladiatorial hero who defied an emperor, there is this scene, with two senators sitting in the Roman forum, commenting on the imperial games: “I think the emperor knows what Rome is-Rome is the mob. Fear and wonder are a powerful combination,” says Senator Graccus, played by British actor Derek Jacobi. “Conjure magic for them, and you can take away their freedom. The beating heart of Rome is not in the Senate, but it is the sand of the Coliseum-he will bring them death-and they will love him for it!”

Now, forgetting for a moment these words have come from mere actors, read these words from former President Jimmy Carter, then square it with the above quotes:

“In a nation once proud of hard work, strong families, close-knit communities, and our faith in God, too many of us now tend to worship self-indulgence and consumption. Human identity is no longer defined by what one does, but by what one owns. Perhaps it is time for a selfless global society to emerge, in order to restore purpose to empty lives who’ve learned piling up material goods cannot make up for that which lacks enterprise or purpose.”

To some, the comparisons may seem to be a stretch and cannot be reconciled. But, just take a moment, and try and think about it.

Tell me folks, what do you think?