Many seemed to enjoy the anecdotal stories of celebrities serving as spies. Due to considerable reader response, one decided to add a second installment. Hollywood has long worked hand in glove with government agencies, both the FBI and CIA. Unknown to most, CIA and its assorted sub-departments recently had a considerable hand in not only developing scripts for academy award nominated films Zero Dark Thirty and Argo, but also presided over the production of reality television series Top Chef and the cable television drama series Covert Affairs, and even best selling books such as The Devil’s Light.

The latest Senate inquiry into collusion between Washington’s intelligence farrago and Hollywood seeks to convey the pubic impression such sordid relationships may be a recent development, when in fact, this sort of unholy alliance has existed since Hollywood’s inception. In fact, many contemporary actors and actresses of the silver screen have been recruited and utilized as counter intelligence assets. This installment shall include some of those who, while they may not qualify as stars of stage and screen, nonetheless acted out ‘real life’ roles scripted by CIA and British intelligence MI6, and managed to eclipse pubic acclaim to become celebrities in their own right. The following list promises some unexpected surprises, and includes some of those famous for considerable contributions to the world of arts and letters, and other professional walks of life not normally associated with the shadowy world of spy craft and counter intelligence.

Orwell is historically characterized as middle class and the son of rather pedestrian Indian civil servants. A more penetrating investigation into this hallowed literary figures roots, reveals another biography entirely, one that hints at aristocratic, perhaps even noble, or royal connections.

Orwell, or Blair’s family lineage is interesting indeed, in that he appears to have been a descendant of Ruvigny’s ‘Blood royal of Britain’, of Lady Mary Fane and Charles Blair, a ninth cousin of the House of Saxe-Coburg-Gotha. One thing is certain, Orwell’s educational background indicates his lineage may not have been so humble.

Blair was educated at Eton, an elite institution operated by the Jesuit order, where tight surveillance was kept over the student body by ‘ushers’ who reported indiscretions directly to the head master. The words of Jesuit founder Ignatius Loyola should be kept in mind when considering the prophetically dystopian context of Orwell’s seminal literary work 1984:

If one is still dubious, perhaps a further comparison and contrast of Orwell’s own words will suffice:

“Even in using the word doublethink it is necessary to exercise doublethink. For by using the word one admits that one is tampering with reality, by a fresh act of doublethink one erases the knowledge; and so on indefinitely, with the lie always one leap ahead of the truth.”

Lesser known is Orwell’s stint as an anti-communist spy, or counter intelligence ‘handler’. In other words, Orwell was relied upon to keep tabs on other spies employed in the field by MI6 and MI5, then regularly report back to his masters in London-all this while posed as a writer or journalist travelling abroad. Recruited and employed by MI6 Information Research Department, Blair’s job was to keep tabs on controlled opposition pro-communist agents working in and around London, Paris and Lisbon.

It is doubly ironic that Blair’s anti-propaganda novels were used as propaganda by the IRD that funded and distributed them abroad. In fact, MI5 files released into the public domain indicate some of Orwell’s fellow ‘travellers’, (intelligence code for counter-intelligence agent), were also drawn from the unlikely ranks of Hollywood, and the sphere of arts and letters. Some of the more prominent names on the list include American actor/comedian Charlie Chaplin, novelist J.B. Priestly, and British actor Michael Redgrave. More ironic still, the entire time Orwell was expounding negative views on the deep state politics of the bankers and industrialists in his novels, he had been working for them all along, helping to create global order out of chaos.

Given Steinbeck’s vaunted literary flair, he is truly the last individual one would associate with the globe trotting adventures of Ian Fleming’s 007. CIA Director Walter ‘Beetle’ Smith recruited Steinbeck as a handler of communist double agents during America’s ‘cold war’ with the Soviet Union. One must remember, the Communist revolution that led to the establishment of a totalitarian regime in Russia was financed by the very same bankers that funded the intelligence agencies. While history books may serve to pose such agents working abroad as anti-communist spies, the real story is the exact opposite. Be that as it may, while Steinbeck was pretending to meander and wander around the streets of Paris disguised as an American tourist, he was secretly meeting with KGB operatives to deliver messages meant for the Politburo puppets controlled by the Rothschild and Rockefeller banking cabals. 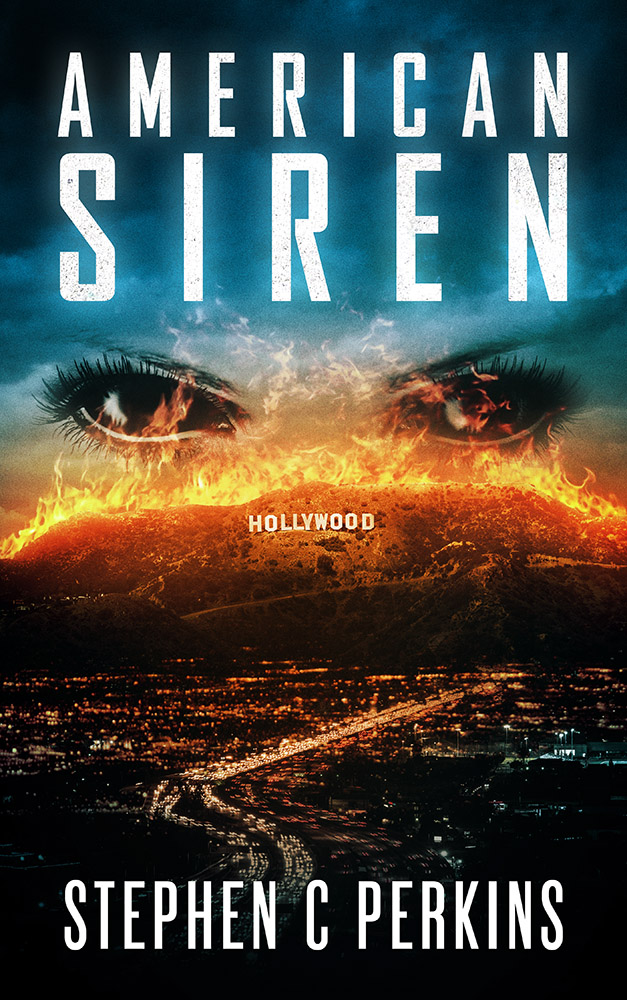 While I may catch a great deal of dismaying criticism from feminists for what follows in this mini-expose of one of the most colossal frauds ever foisted on the American public, so be it.

When still a high school student, Steinem was recruited by CIA. Despite reportedly raised in an economically depressed background, Steinem matriculated at prestigious Smith College. After graduation, she received a fellowship grant to study in India. In truth, she was spying for the CIA. Before returning stateside, Steinem organized student campus festivals in Vienna, Amsterdam, Paris and Lisbon, through the National Student Association, funded and organized by CIA. Steinem organized the festivals to spy on students and to also recruit activists into the nascent American feminist movement. Under the auspices of CIA agent Cord Meyer, Steinem acted as an operative for CIA’s Independent Research Service, through which considerable funds were funneled to finance the American feminist movement.

The Independent Research Service was instrumental in shipping the orientation of the women’s movement begun overseas back to the States, in order to splinter the nascent black revolution movement of the late 1960’s. Freedom of Information documents state the overall objective of the agency in promoting the feminist movement on behalf of the Rockefeller banking cabal, was to manipulate women out into the work place primarily to exponentially expand the tax base, from which the bankers, as owners and operators of the Federal Reserve central banking system, draw immense profits.

Secondarily, with women out of the house and into the workplace, the government funded social services programs could be expanded, where rather than educated and influenced by the environment of the family at home, children could be fed a steady diet of state propaganda from public school text books, distributed by publishing companies, funded by Rockefeller foundations. Fair to say, more than any other long term asset employed by CIA, Steinem’s colossal efforts have borne none greater poisonous fruit. 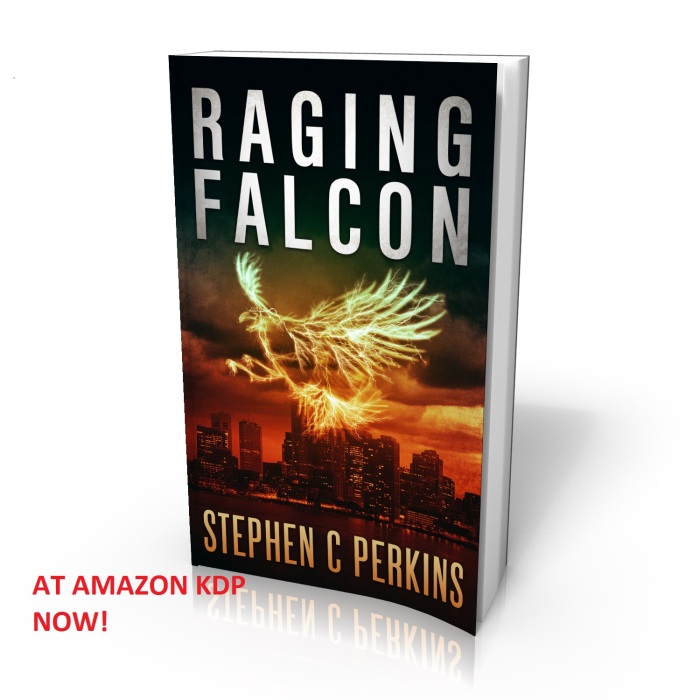 Would one ever imagine the producer of the highly esteemed animated series ‘Alvin and the Chipmunks’ once served as an arms broker for a shadowy Israeli sub-department of the Mossad?

That’s right folks, the Hollywood film producer brought the American public such popular films as Pretty Woman, Fight Club, and LA Confidential, was personally recruited by Israeli premiere Shimon Peres, to arrange arms deals for Lakam, a now defunct branch of Israeli intelligence. This shadowy agency, AKA ‘The Bureau of Scientific Relations’, became notorious for it’s top secret enterprise in collecting information and materials from foreign nations around the globe willing to hand over the necessary materials to build nuclear weapons. At the apex of conducting operations on behalf of Lakam, Milchan operated thirty different ‘shell’ companies in seventeen countries, overseeing arms deals reportedly worth multi-millions. Later, Milchan was also involved as a propagandist, employed by the South African government to make propaganda films that would aid in applying a positive media spin to its ongoing policy of Apartheid.

Based on just these snippets of information, is it any longer possible to continue to believe there is no ongoing relationship between Hollywood and the tangled web of globally connected intelligence agencies?